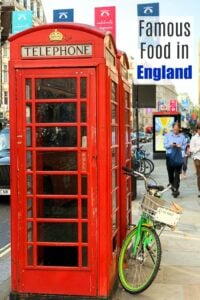 This guide to famous food in England includes popular dishes and food traditions that can be found on menus throughout the UK. 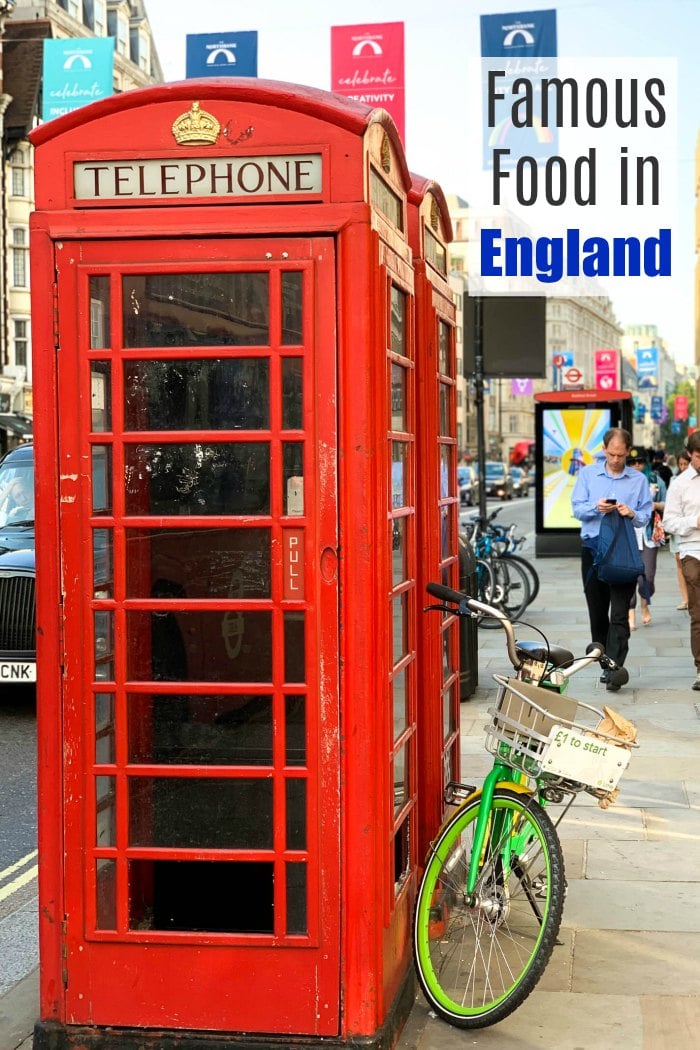 England is an ideal place for a summer vacation from the United States. Everywhere you turn, you find friendly people, beautiful landscapes and architecture, and lots of history. It’s an easy flight from the east coast of the U.S., and there’s no need for layovers or red eye flights. With no language barrier in the way, it’s a great place for a family trip overseas.

My family visited Great Britain this summer. I’m always interested in exploring the local food specialties when we travel, and this was a highlight of our trip.

Stereotypical famous food in England includes lots of meat and potato dishes. Several of the popular foods we sampled did fall into this category, but there’s more to the British food scene than bangers and mash. Local produce and specialty items are featured on many menus, and cities in England tend to have a wide variety of international cuisine available.

There are lots of special dishes and food traditions in the UK. We sampled as many as we could during our time there, and we were not disappointed. The wide array of popular food in England includes something for everyone. 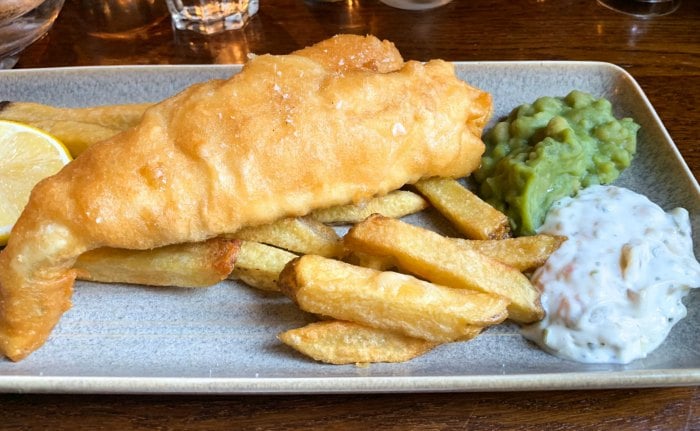 You can’t go to England without sampling the fish and chips. It’s not the healthiest meal given its deep fried nature, but it’s an indulgence worth trying. You’ll find it on the majority of menus in the UK, as it’s probably the most famous food in England. It’s typically a large breaded and fried fish fillet served with chips (French fries), mushy peas, and tartar sauce. 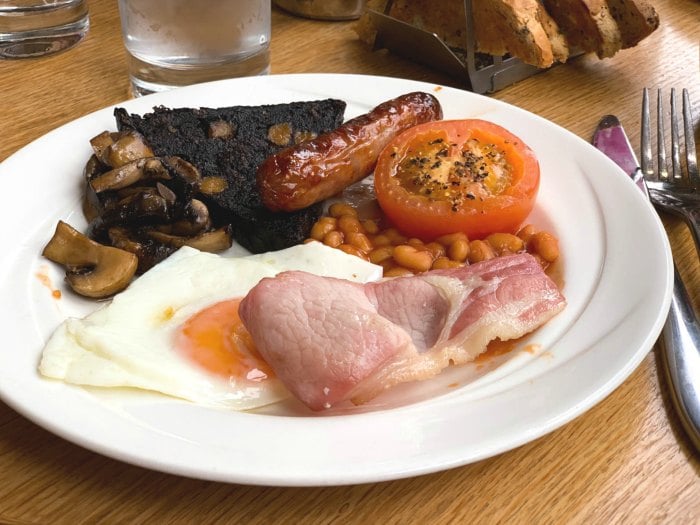 This plate of food is served throughout England, and it’s a hearty way to start the day. It typically includes eggs, English bacon, sausage, black pudding, beans, tomatoes, mushrooms, and toast. Toast is offered as “white” or “brown,” and a variety of jams and other spreads are available for the toast. 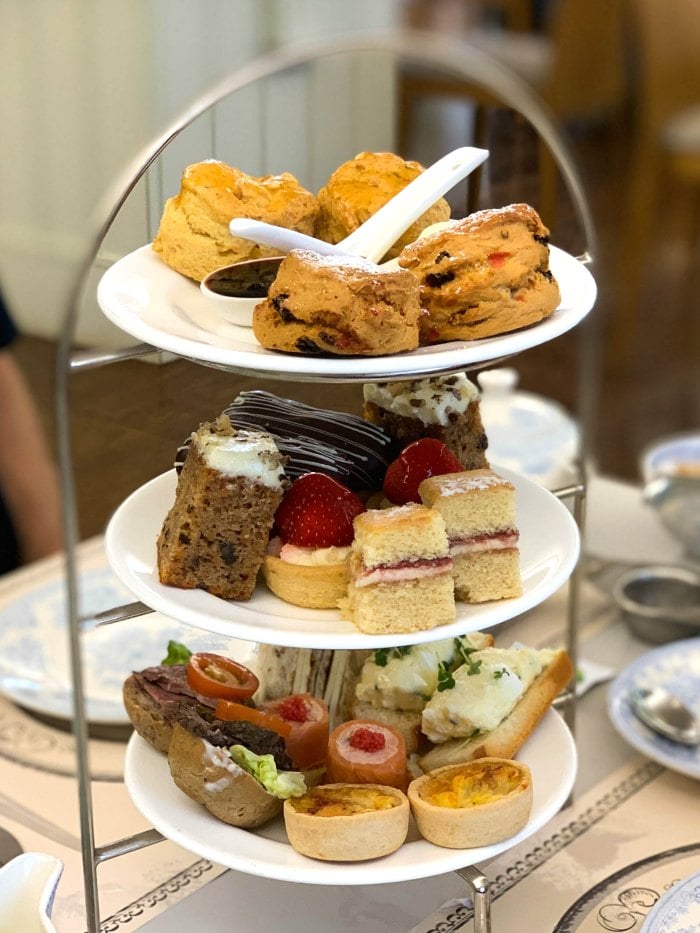 Afternoon tea is a tradition enjoyed throughout England and the UK. Many fancy hotels and restaurants in London and beyond offer an elaborate array of finger sandwiches, pastries, scones, and tea in the afternoon. Scones are served with homemade jam and clotted cream. Generally served from noon until around 4:30, we found this to be too much food for a late afternoon snack. Instead, we cheated a bit and enjoyed afternoon tea as a substitute for lunch. 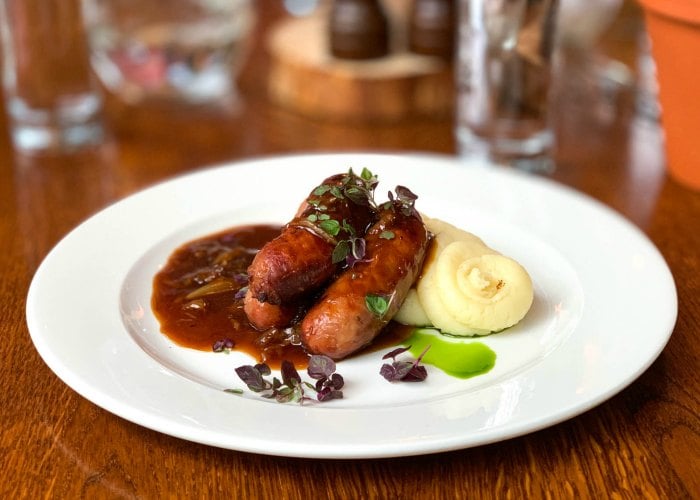 This classic meat and potatoes dish is found on dinner menus at just about all the pubs. It includes sausage, mashed potatoes, and sometimes gravy. If you want an additional vegetable with this meal, you usually need to order it separately. 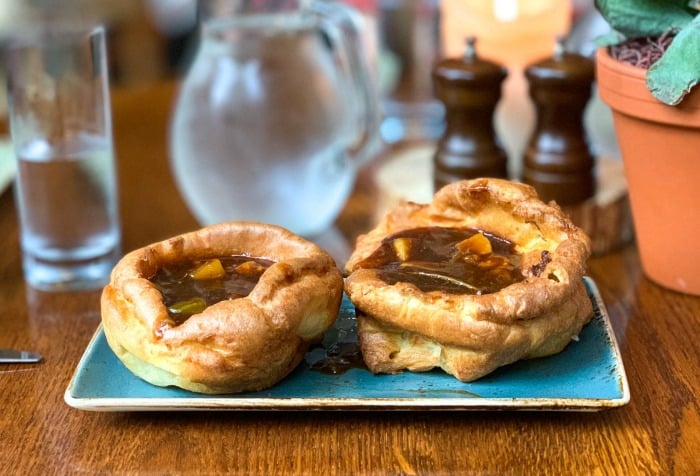 During our time in York, England, I was determined to find good Yorkshire pudding, one of the more famous foods in England. We found it at a pretty restaurant right along the river, the Star Inn. Yorkshire puddings are popovers that are typically served with a roast. In this version, the Yorkshire puddings were filled with a delicious combination of meat, vegetables, and gravy. 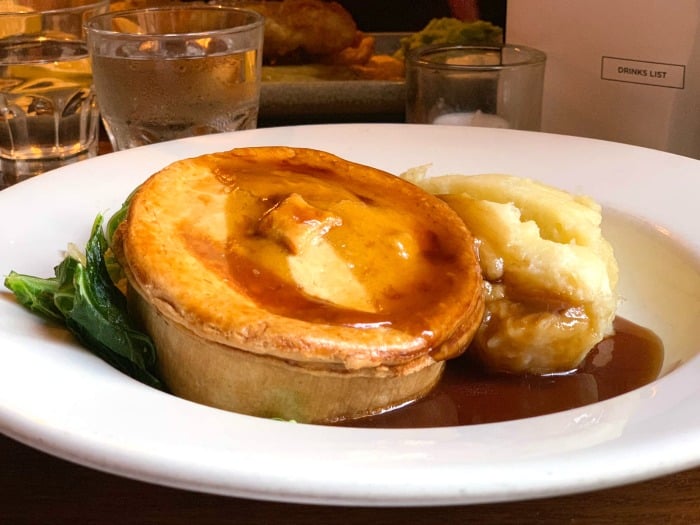 Just about everywhere you go to eat in England, from pubs and markets to sporting events, you’ll find pies on the menu. These pies are traditionally filled with steak or another meat, along with vegetables and gravy. 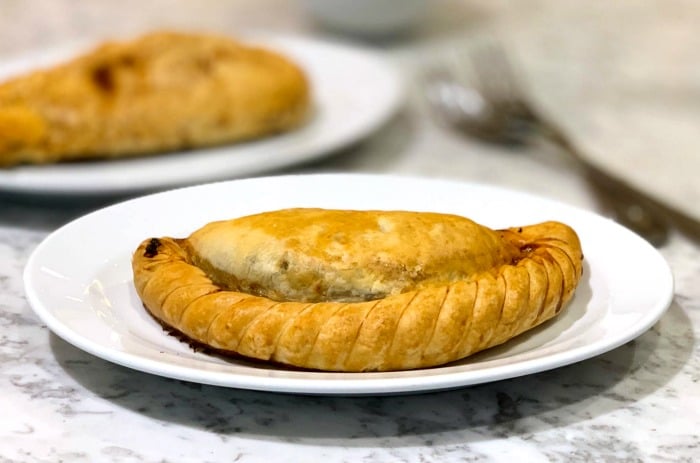 Pasties are a small, handheld version of steak pie. Ground meat and vegetables fill a savory pastry crust that can be eaten on the go. We went to a pasty shop in York, the Cornish Bakery, that carried a wide variety of creative fillings beyond the traditional version. 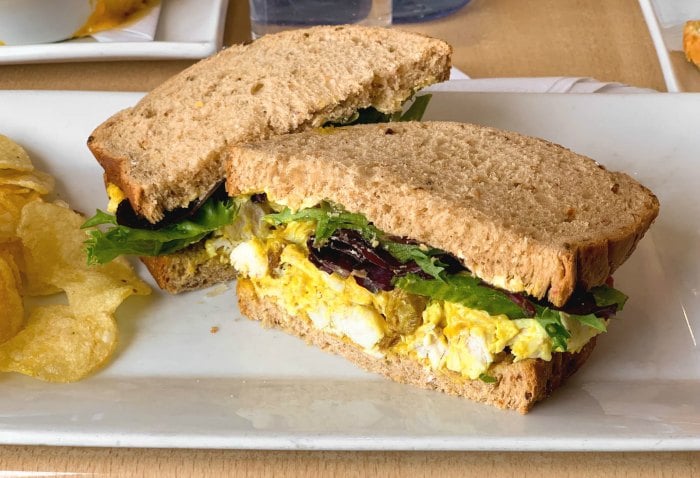 This is a curried chicken salad that you find on many lunch menus in Great Britain. It’s said to have been originally created for the luncheon when Queen Elizabeth was crowned in 1953.

England is joining the locavore movement. Many menus highlight locally sourced produce, meat, and other products. Even the train companies are invested in highlighting local food from the areas they pass through. 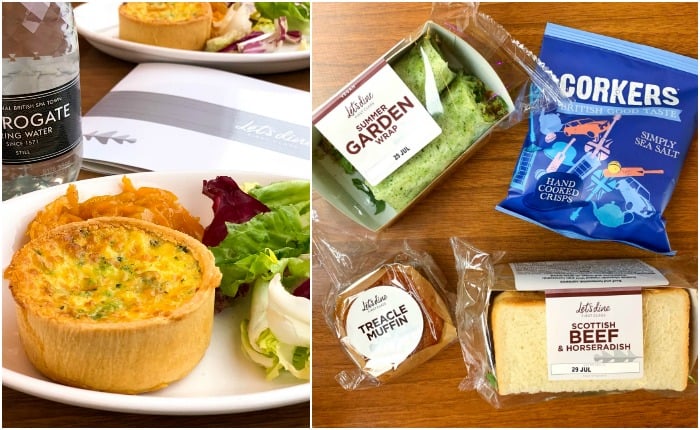 We traveled on the London North Eastern Railway (LNER) from London to York, then York to Edinburgh, Scotland. This was such a relaxing way to travel, and we got to see the beautiful countryside outside the window as we sped along. The best part was that we were able to enjoy a lunch of locally sourced food while on the train.

During one of the rides, we enjoyed a delicious broccoli and blue cheese tart that was made right along the route. And on the other trip, we sampled locally made crisps and Scottish beef sandwiches. We loved traveling by train, and we’ll plan to do it again on our next vacation. 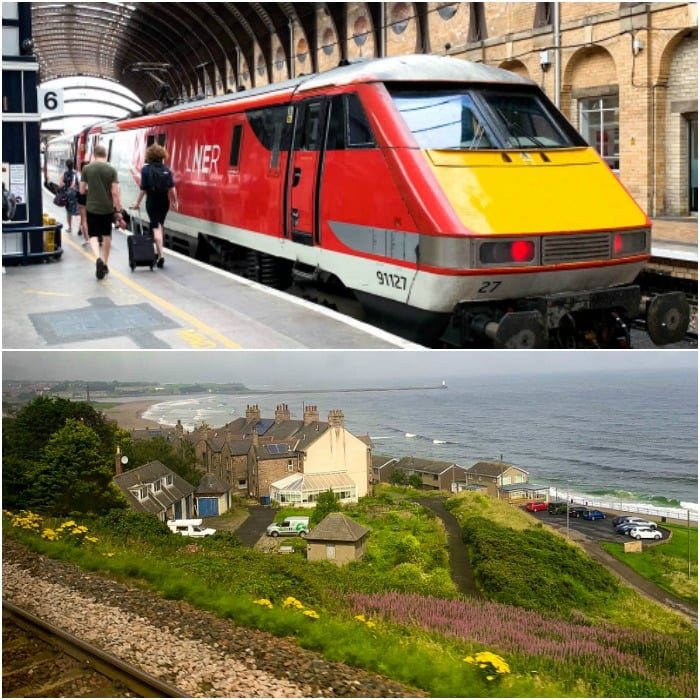 There are other popular foods in England that we didn’t have a chance to try on this trip. Did we miss any of your favorites? Feel free to leave them in the comments, and I’ll put them on my list for our next trip.

And if you’re heading to Europe, check out my guide to healthy restaurants in Munich, Germany.

Note: My family received media passes to some attractions in Great Britain, as well as complimentary rail travel through LNER. All opinions in this post are my own.