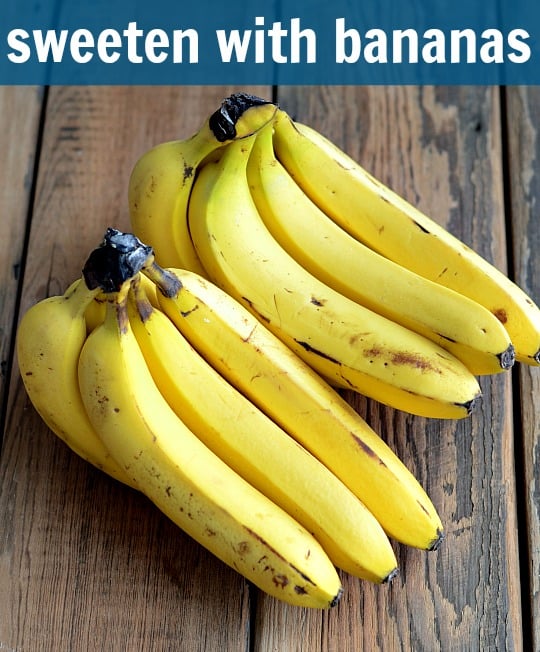 One of the financial challenges of a real food diet is the cost of sweeteners. I do a lot of baking because I like to know exactly what’s going into the snacks my family eats. I tend to cut back on the amount of sweetener found in traditional recipes, but I do use my fair share of sweeteners because we go through a lot of muffins, snack bars, and other healthy sweet treats around here. I rely heavily on maple syrup and honey because they’re less processed than white sugar. They contain trace amounts of minerals, they’re minimally processed, and I have access to local versions of both.

However, as a frugal real food cook, I cringe at the price of both maple syrup and honey. I get maple syrup for about $40 a gallon when I visit relatives in Vermont, which is nearly half the price I find at the grocery stores here in Massachusetts. It comes out to about $2.50 for a cup of maple syrup. I haven’t found a great price for high quality honey either, so I pay about $2.40 a cup for honey. With prices like these, I need other sweet sources in my baking.

That’s where bananas come in. I love the fact that I can mash up a banana and put it in all sorts of different baked goods. It adds sweetness and moisture to the recipe, and it costs much less than honey or maple syrup. It also boosts the nutritional value of the final product because bananas are rich in vitamin B6, vitamin C, manganese, fiber, and potassium. Even though bananas aren’t on the “dirty dozen” list of produce, we only buy organic bananas. A friend of ours came back from a mission trip several years ago and told us about the awful impact of pesticides on the field workers picking the bananas in Central America. After hearing about that, we committed to buying organic bananas.

I can get organic bananas for $.29 each at Trader Joe’s. It takes about 4 of these bananas to generate a cup of mashed bananas, for a total of $1.16. This is much less than the $2.56 a cup I pay for maple syrup. That’s why I often throw a mashed banana or two into my baked goods so I can cut back even further on the added sweeteners.

Here are some baked goods that include bananas in their ingredient lists:

If you’re looking to make your baked goods healthier, try using half a cup of mashed ripe banana in place of half a cup of sugar or other sweetener. You may be surprised by how much better they taste!