Apple Pie Granola is such a delicious, healthy breakfast or snack recipe. You won’t be able to stop eating it! (gluten-free, vegan) 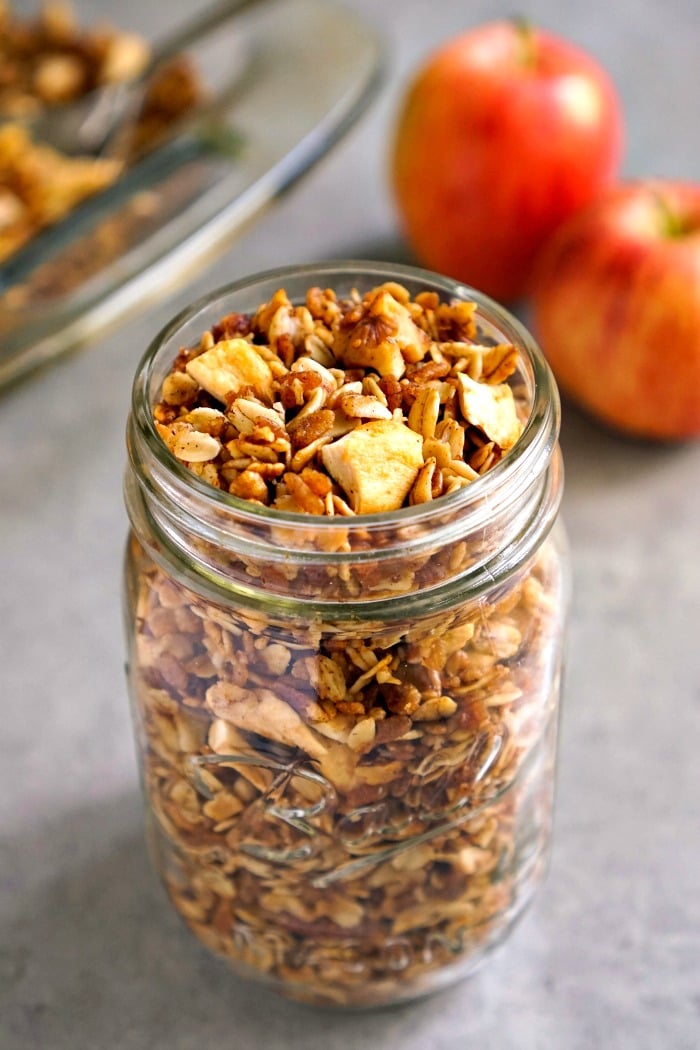 Such is life in a house where I’m trying to limit the amount of boxed cereal my family eats. I make many different version of granola.

I had made a chocolate batch the night before at my daughter’s request. And on this night, I had the idea of Apple Pie Granola. 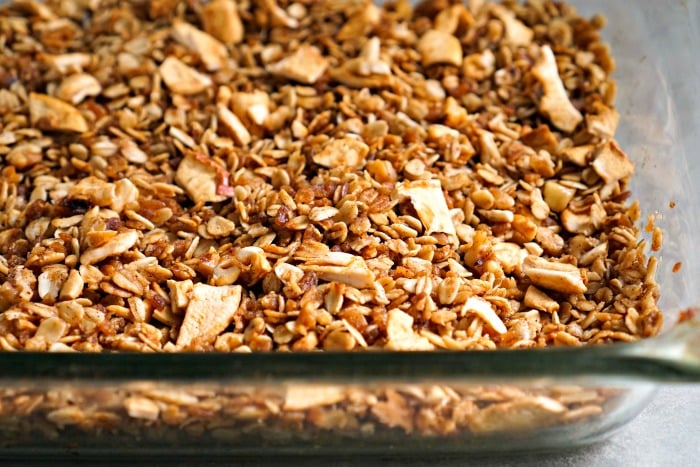 I still had a bag full of apples in the basement fridge, and I thought granola with dried apples and apple pie spices would be a good combination. I was right. I think this is my favorite granola flavor.

I like to make my granola minimally sweet because I don’t want a big sugar rush for breakfast. Taste the mixture before you put it in the oven to see if it’s sweet enough for you. Add a little extra maple syrup if you think it needs it.

You can pick up chewy dried apples at Trader Joe’s, or dehydrate them yourself like I did. Either way, I think you’re going to love this granola.

This recipe costs a total of $7.14 to make (using store-bought dried apples), or $.80 per 3/4 cup serving. Try this Apple Pie Granola for a healthier alternative to boxed cereal for breakfast or snacktime.