These taco stuffed peppers are a great variation on the typical taco night dinner. Colorful bell peppers make the perfect bowl for a hearty taco filling. 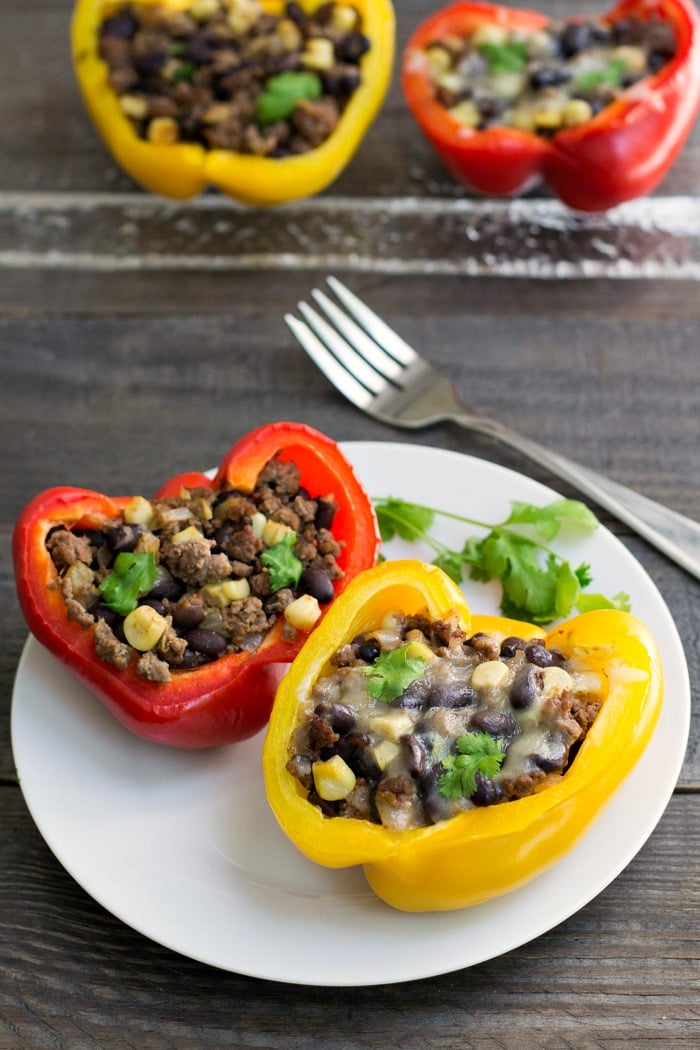 Taco night makes a weekly appearance on my dinner menu. It’s one meal that nobody complains about, and it’s easy to include lots of healthy food in the mix. My family loves the taco seasoning that makes its way into all my Mexican dinners, including Crock Pot taco soup, chicken tacos, and avocado quinoa salad.

These taco stuffed peppers are such a delicious variation for Taco Tuesday. The peppers are a great size for a bowl, and they become nice and soft after they’re baked with the hearty filling. One half pepper is filling enough for dinner time, especially if you serve a salad on the side.

Make this recipe your own by adding your favorite taco toppings. These could include crushed tortilla chips, sour cream, scallions, and avocado. Leave off the cheese for a dairy-free version. 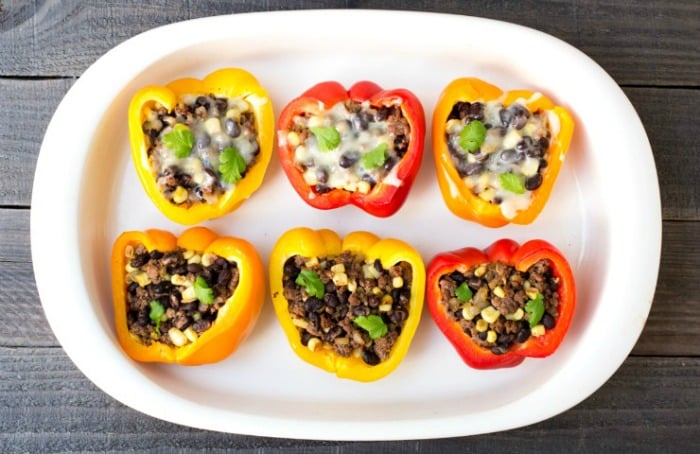 This recipe costs a total of $7.81 to make, or $1.30 per serving. Try these taco stuffed peppers for something a little different the next time you’re having taco night!